Humans in an Age of Automation – and How PeopleLift Can Help

In an age of increasingly complex technology in manufacturing, the relationship between humans and
robotics feels undefined. Do humans have what it takes to help companies scale? Or is automation the
way of the future? There’s a big (and growing) elephant in the room–and it can be summed up in one
question: will automation eventually replace humans? The short answer is yes and no. Setting aside cost
and feasibility (which is a conversation for another day), let’s take a realistic look at automation in the
manufacturing industry.

According to an analysis of US Bureau of Labor Statistics figures done by McKinsey & Company, there is
the potential to automate up to 60% of manufacturing work–especially in areas like data collection, data
processing, and predictable physical tasks. Think of responsibilities like putting doors on cars, pulling
materials in warehouses, running calculations on productivity, and more. But what about the rest of the
work?

Despite this being a hot topic today, it isn’t a new one. To increase efficiency, technology has been
replacing humans in the workplace for centuries. In fact, Time.com cites a study claiming that
approximately 400,000 jobs were lost to automation in factories between 1990 and 2007.

But there’s another side to this coin. Let’s take a simple example: Amazon. According to Vox.com,
Amazon has more than 200,000 robots in its network of warehouses. That means fewer jobs for humans,
right? Wrong. CNBC reports that Amazon has more than 750,000 full-time employees–up from 34,000 in 2010. This simple example illustrates a key equation for manufacturers: automation increases production capacity, and increased production capacity requires more humans to support it.

Now let’s look at high- and mid-skilled manufacturing jobs. Computer modeling reveals the same sort of
equation: an increased number of industrial robots requires an increased number of high- and middle-skill workers to collaborate with them. Some examples of middle-skill occupations include customer service representatives, maintenance and repair workers, stock clerks, and administrative assistants. And high-skill occupations include electricians, computer operators, and machinists.

Finally, let’s look at the professional occupations in manufacturing that support labor jobs. Again, we still need humans–especially in management, expertise, and interfacing. Think of people like a Human
Resources Director, Materials Buyer, Marketing Strategist, and more. That’s a lot of work–which equals a lot of jobs. If we stick with the US Bureau of Labor Statistics figures mentioned above, then this means that approximately 40% of jobs in manufacturing require people.

Now that we understand the need for humans in manufacturing, we need to ask ourselves the next
question: where do we find all of these humans? The answer to this question is complicated. As you
probably know already, hiring dependable employees who fit your company’s culture and can perform effectively can be a big challenge. This is where PeopleLift comes in.

We believe that step one in solving the hiring problem is to identify flaws in current hiring practices:
● Poor job descriptions. It’s easy to find a job description–just Google it. But responsibilities like
“working on teams” and “communicating effectively with colleagues” don’t actually tell a jobseeker
anything concrete about the employer’s expectations.

● Indecision. To be frank, it’s a jobseeker’s market. Top candidates are in demand, so employers
must act quickly. In fact, Entrepreneur reveals that approximately a quarter of candidates turned
down a job offer because the employer didn’t act quickly enough.
● Unrealistic expectations. Employers often set their sights on the ideal candidate–and are only
willing to consider applicants who check all the boxes. Unfortunately, this eliminates candidates
who may be hard workers, fast learners, and have the potential to smoothly transition into a role.
● Low pay. The same Entrepreneur article reports that 29.7% of job seekers turned down an offer
due to low pay. And in this jobseeker’s market, candidates are able to say “no” to a lower-paying
job with the knowledge that there are other opportunities out there.

Now, step two: find solutions–and PeopleLift has plenty of those. We know that hiring quality employees
isn’t just about getting someone in the door. That’s why we take a holistic approach to building out your
pipeline. But why just tell you the process when we can show it to you in action? In 2020, PeopleLift’s
partnership with a manufacturing client resulted in their reaching 100% of their six-month hiring goal
within 80 days. These were the three stages of the process:
● Engaging jobseekers. In the first stage, we got strategic about filling their candidate funnels.
● Attracting top candidates. In the second stage, we leveraged recruitment marketing to accurately
communicate their brand and value proposition.
● Retaining new employees. In the third stage, we helped them strengthen relationships with their
current team.

So how do we support these three sets of services? Using a combination of AI and human strategy, we
leverage our own unique technology to reach a more targeted pool of candidates–bringing you only the
top talent. One way we do this is by analyzing talent density, competitor density, compensation levels,
and other key market points that drive the hiring process. Throughout our partnership, we use our project management software, working collaboratively with you to keep recruitment easy and efficient. It’s all about building relationships–whether that’s in recruitment or retention. Discover the PeopleLift Difference Today – Contact us to schedule a no-obligation Discovery Call and get your FREE Comprehensive Talent Marketplace Assessment! A Moment of Gratitude 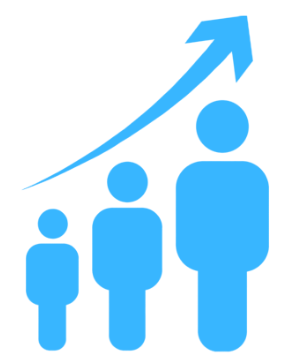